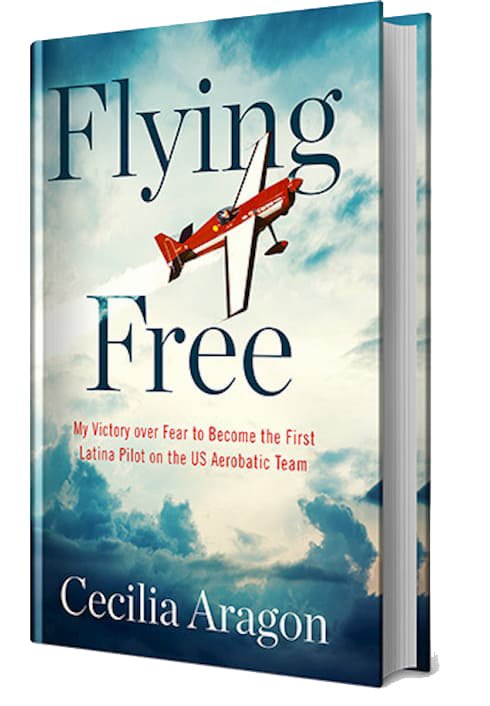 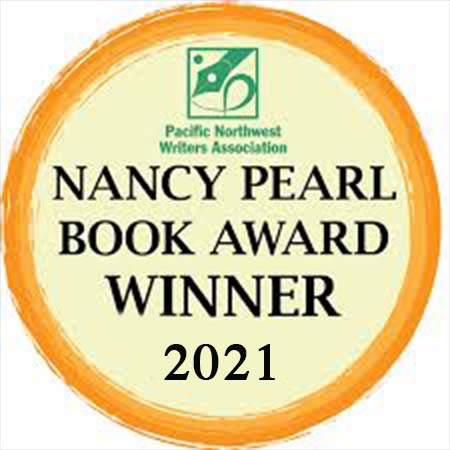 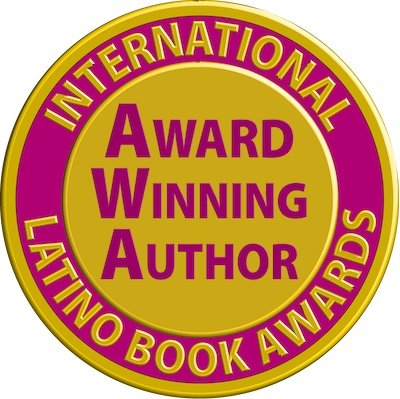 To order a signed and personalized copy, click the button above to go to Third Place Books, and put your request in the notes section.

A memoir by Cecilia Aragon

“Cecilia Aragon’s riveting journey (and love of math!) led her from bullied Latina schoolgirl to aerobatic superstar, demonstrating not only courage to perform upside-down airplane stunts, but courage of the heart to overcome her fears and the low expectations of those around her. I hope her story reaches girls around the world, to show them how rising above hateful stereotypes truly is possible for anyone. She’s an inspiration, and I’m proud to have included her in my book Hot X: Algebra Exposed!”

“Flying Free is a memoir that will absolutely transport you with its spellbinding, page-turning story, a story that insists your own dreams are achievable if you–like Cecilia Aragon–break them down into small steps and use logic to face down your fears. Flying Free offers us an adventure of a lifetime and a plucky narrator who just keeps picking up each time she gets knocked down. Cecilia Aragon is a master storyteller who reminds us that a bigger life is possible for each of us. Read this book!”

—Theo Pauline Nestor, author of Writing Is My Drink

“Flying Free is no fairy tale. Cecilia Aragon has carved out a big life for herself with persistence, determination, hard work, and intention while continually quashing a deeply instilled message to stay small, stay safe, stay in the passenger seat. The vivid details of her flights allowed me to fly vicariously through her. I could feel the exhilaration of a stall or spin or loop, the pressure of the g-forces alternating with weightlessness, the blood rushing to my head as I hung upside down, the smell of sage or pine rushing up at me. Cecilia’s story shows us how empowering and rewarding it is to be in the pilot’s seat, and that we can do it, not fearlessly, but in spite of our fear, flight by flight.”

—Jan Redford, author of End of the Rope: Mountains, Marriage, and Motherhood

In 1985, I was twenty-five years old and scared of elevators. My graduate school administrator once found me crying in the ninth-floor women’s restroom, after I’d climbed eight flights of stairs, too frightened to jump past the elevator doors. My fears immobilized me even in situations that didn’t seem to bother anyone else. My muscles stiffened whenever I climbed a ladder, shook hands with a stranger, or talked on the telephone. This physical reaction bewildered me, but I had no idea how to avoid it. It seemed that whenever I had to perform, my brain circuits got jammed by fear, and I froze. I was afraid to study for exams, scared to imagine writing a thesis, terrified that people would find out the truth: I was a Failure with a capital “F.” Overcoming my fears seemed impossible. My timidity and fear defined me. I believed that my personality had been stamped into my genes from birth: INTF. Incompetent, Nerd, Terrified, Failure. 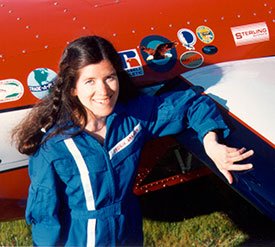 But by 1991, I’d become an airshow pilot and the owner of a flight school. I’d won a coveted spot on the United States Unlimited Aerobatic Team and earned the right to represent the US at the Olympics of aviation, the World Aerobatic Championships. That year, I beat the record for shortest time from first solo in an airplane to membership on the US Team. I became the first Latina to secure a place on the team, despite being one of its poorest members ever. I flew airshows in front of millions of people, performing loops, spins, and rolls a few feet above the runway. I jumped out of airplanes and taught others how to fly. I learned how to fundraise and earned the money I needed to compete at the world level. I worked as a test pilot and contributed to the design of experimental airplanes, crafting curves of metal and fabric that shaped air into the powerful flows that lift inanimate objects high above the earth.

Flying became my art, my science, and my passion.

In a span of just six years, I taught myself to overcome my self-doubt, shyness, and deep-seated fear of heights to become one of the best aerobatic pilots in the world. It still seems impossible for me to believe.

As Flying Free opens, the narrator is a graduate school dropout, timid, afraid of heights, people, and anything out of the ordinary. The story follows this daughter of immigrants from the first flight in a small plane over the Golden Gate Bridge that ignites her dream of flying, to her terrifying first lesson and through her step-by-step process of going from novice pilot with debilitating fears of heights and life, to the US Aerobatic Team, and then back to face the challenge of a PhD in Computer Science at UC Berkeley that had once daunted her. In the book’s final pages, the narrator works as a professor in the College of Engineering at the University of Washington in Seattle. She’s conducted research with Nobel Prize winners, taught astronauts to fly, and created musical simulations of the universe with rock stars, winning major awards for research, raising millions of dollars, and even shaking the hand of President Obama. Oh, and in the middle of all this, she did a stint at NASA designing software for Mars missions.

Flying Free is the story of a Latina woman who overcame racism and sexism to attain many “firsts:” from first Latina on the United States Unlimited Aerobatic Team to the first Latina full professor in the University of Washington College of Engineering. It’s a story of a child who was bullied, attacked, and discouraged, and overcame adversity to become a mentor to women and underrepresented minorities in science and engineering, to be lauded by President Obama as one of the top scientists and engineers in the country. It’s a story of success, a STEM story, an adventure story. It’s a story of the journey from Indiana to Silicon Valley during an important part of the Valley’s history, of a young female computer programmer’s experience during a fascinating time of change, and an inspiring account of how math and logic can be applied to everyday life to overcome fear and reach one’s fullest potential. 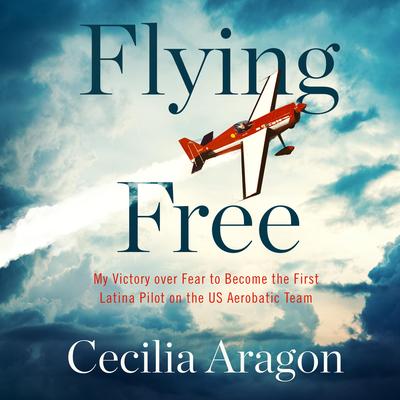